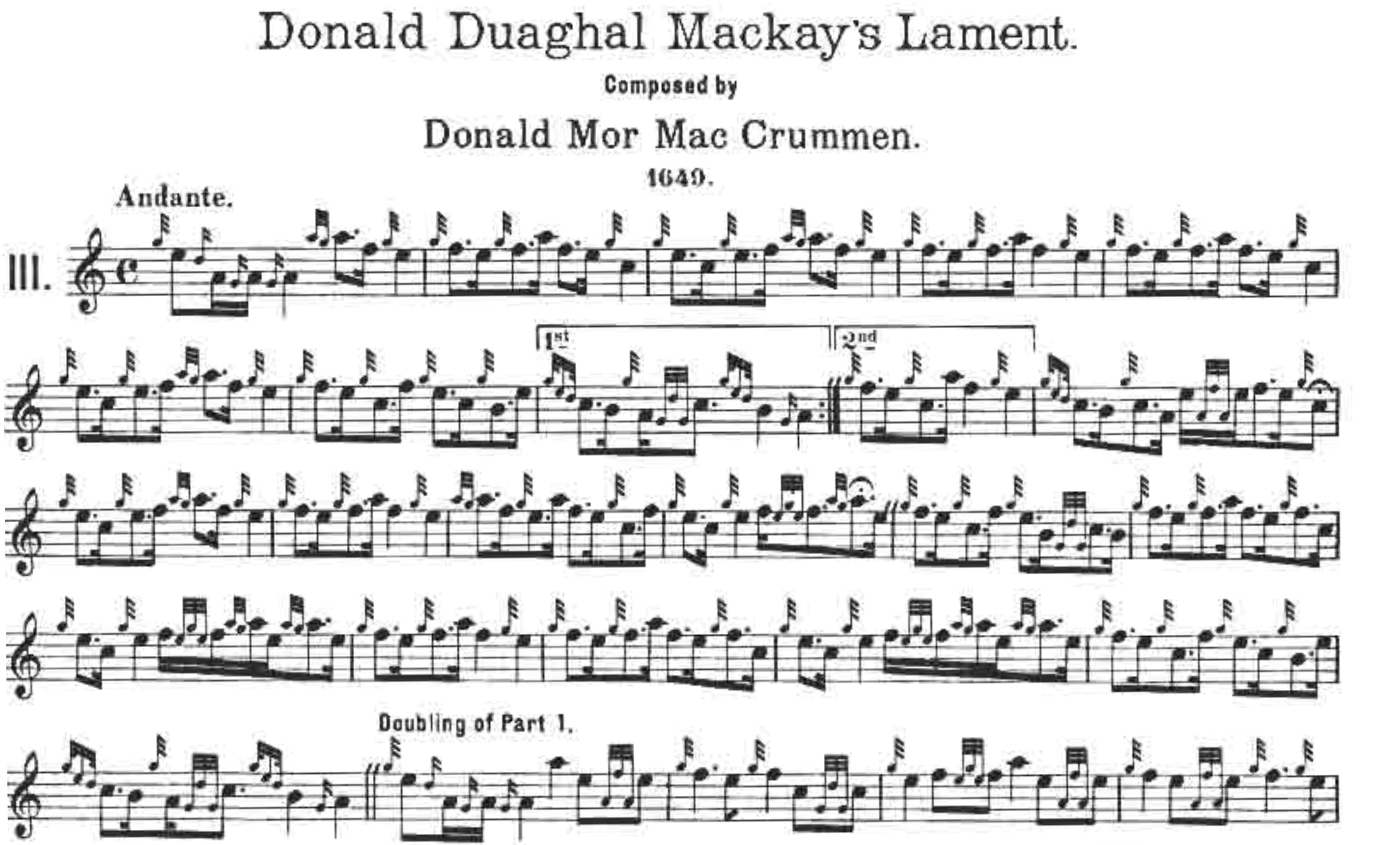 I have been witnessing an interesting experiment:  an attempt to allay the fears of those most worried about the tectonic shift being felt in the pibroch world.

Most recently, the argument being promulgated by adherents to the status quo is, essentially, that the reason we perform the style of pibroch we do today is because it is the inheritor of the superior style of Angus MacKay.  And that over the years, this has brought us to the more refined style reflected in the Piobaireachd Society Collection and in today’s competitions.

Like most who are heavily invested in the status quo, the argument of “what is, ought to be” becomes a hallmark feature in any discussion taking place while the world moves on. Struggling to keep things as they are, demonstrations of status-quo superiority are “post hoc, ergo propter hoc”.  They re-inforce the hope of thinkers that what they learned is, really truly, the best there is to know.

In this case, it is also an argument fraught with cultural history and appropriation: The question begging to be asked is, why did pibroch require refinement at all?  Doesn’t that imply that the original Gaelic performers and their music were unrefined?  Doesn’t this perspective imply that it took a cultural imperialism, and with it, mis-appropriation?

When such arguments are used, it is a sign that profound changes are under foot.  They arise from a fear of the inevitable.

The fact of the matter is, Angus MacKay’s music is familiar to us.  As such, it is the touchstone of “musicality” that we’ve been taught to use.

But standards can change, and assumptions regarding aesthetics can be challenged as we encounter other lost and suppressed voices. And while many MacKay settings may, in fact, demonstrate a deeply keen musical insight, like any other musician who has left behind a large legacy there are also of examples of its mediocrity. Not everything he did, nor necessarily his style, could be said to be superior, “refined” or “more musical” than his predecessors or contemporaries.

Here’s one: compare Campbell with MacArthur/MacGregor with MacKay. 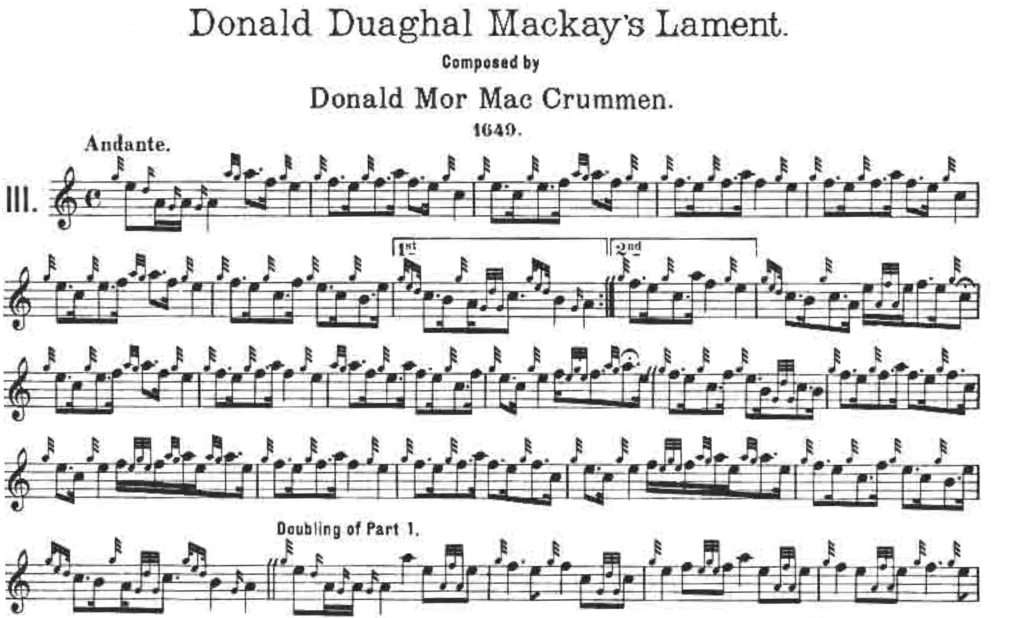 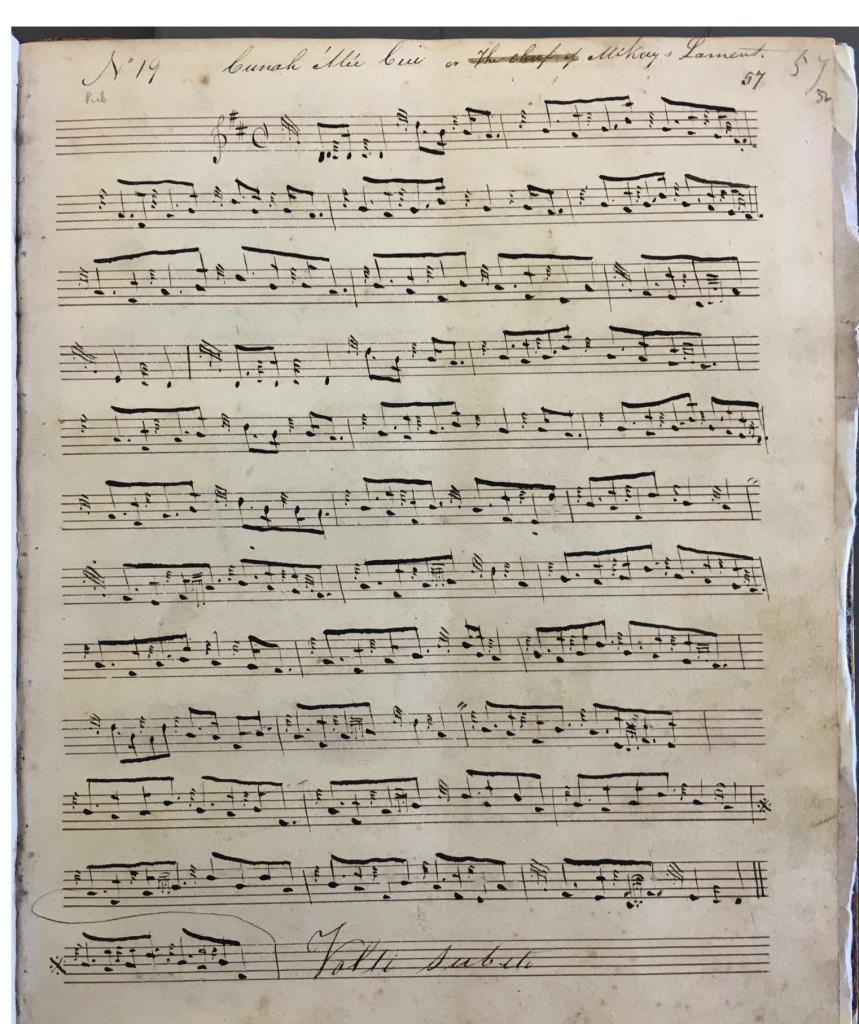 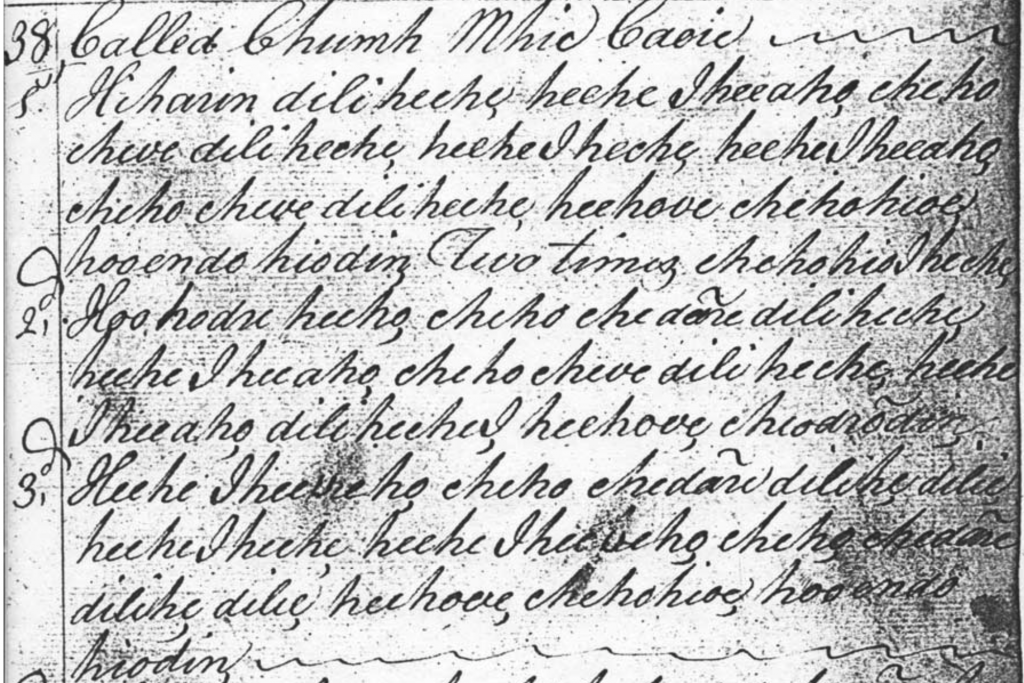 Note the simplistic style of MacKay compared with the others: the repetitive rhythmic structure of dot-cut, and the standardization of dot-cut-cut-dot at the ending of the lines. Note the elimination of “vocal” flourishes throughout. And the a-rhythmical hiharin at the beginning.

One may like MacKay’s version. But let’s be clear – there is nothing intrinsically “superior” nor “more refined” about  this version compared with the others.  In fact, one could cogently argue that both MacArthur/MacGregor and Colin Campbell’s version are more musical and aesthetically interesting.

Of course other examples can be found.

Empirically, a close comparative study of MacKay with other scores yields at least three key characteristics that the MacKay style brought to pibroch:

This is not refinement per se.  It is idiosyncrasy, personal stylistic choice.

It was, to a great extent, revolutionary.

But because it happened does not mean it was the “best” thing to happen. One could call this “refinement”, or one could call this a restriction of style.  And insofar as it has become the dominant musical style in pibroch today, one may wonder if the latter conclusion has more merit than at first appears:  Imagine a world where music stopped after rock overthrew jazz, or after punk overthrew rock, or after new wave overthrew punk, or after hip hop overthrew new wave, or after EDM overthrew them all. Imagine being stuck, for decades, listening to only one style of music over and over again.

Revolutions take place all the time. But like revolutions, once the status quo has been overthrown, post-revolution consolidation becomes a nasty business of trying to keep the world from changing ever again.

So it is with pibroch today: with the ready availability of hundreds of scores outside of Archibald Campbell’s “canon” enshrined in the PS Collection, performers can begin to see the sometimes slight, sometimes profound stylistic differences of the pre-MacKay world of piping.

This world represented by the manuscripts is itself a only faint echo of a vibrant culture lost hundreds of years (the slow demise of the clan system; the Anglicization of the lowlands) before its music could be captured on paper and left for an inheritance.

What a shame it would be if we continue to ignore these ancient insights as “unrefined” based on our own tiny fragment of a particular and limited style.