The next motion in this pibroch is ambiguous, and requires of us a musical decision.

The “Taolive Gear” motion is written by Campbell as such:

This allows for a variety of interpretation.

“Hindaento” – at first, we considered the possibility that this phrase could literally mean: 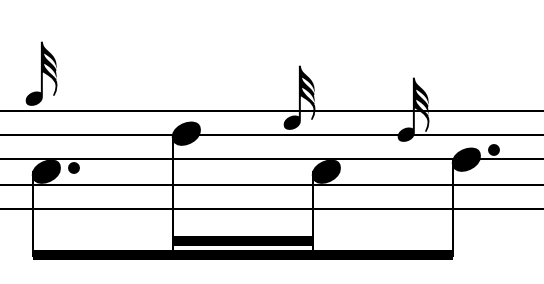 with the “da” representing, in fact, a D.

We could also rhythmically represent it in these ways:

The problem with any of these is we simply have no other witness to a taorluath gear that musically looks this way: there is simply no evidence of the presence of the D.

Now, one could say that Campbell is evidence enough.  And, frankly, that is a possibility – his is early enough, and his stylistic approach to pibroch just distinctive enough that he could be the lone witness to a lost tradition.

But that may be too much of a stretch.

Nevertheless, it is important enough to note the ambiguity of this phrase – Campbell’s “scientific notation”, like many efforts at artificial language (or any language at all, really) contains within it phrases that are not self-evident but reliant upon tradition and context for interpretation and understanding.

So, if we eliminate the D themal  and replace it with a D grace note, it would look something more familiar: 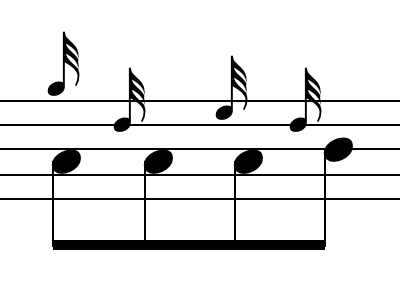 So, the notes look like something we’ve seen. Now all we have to do is interpret the rhythm.

This phrase has a wide variety of testimony regarding its potential rhythmic interpretation. We see it written, as above, in many manuscripts, including Hannay-MacAuslan and MacDonald. 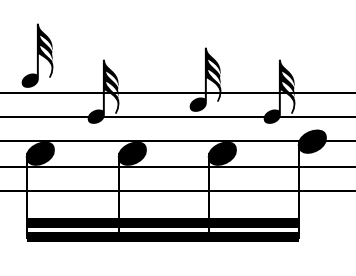 Of course, we play it today along the lines MacKay favors: 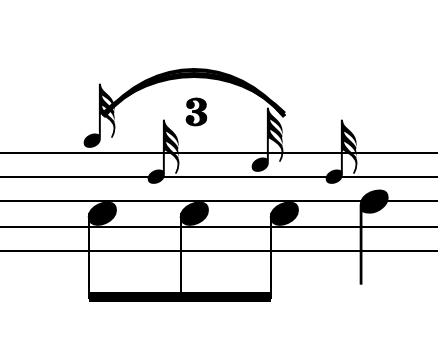 But there is some suggestion among the manuscripts that it could be played like this: 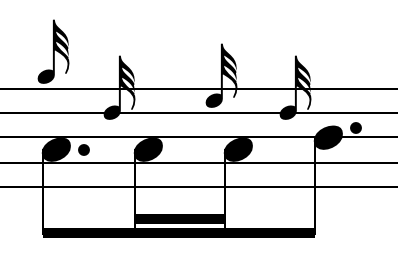 which, actually, quite nicely complements the rest of the phrase: